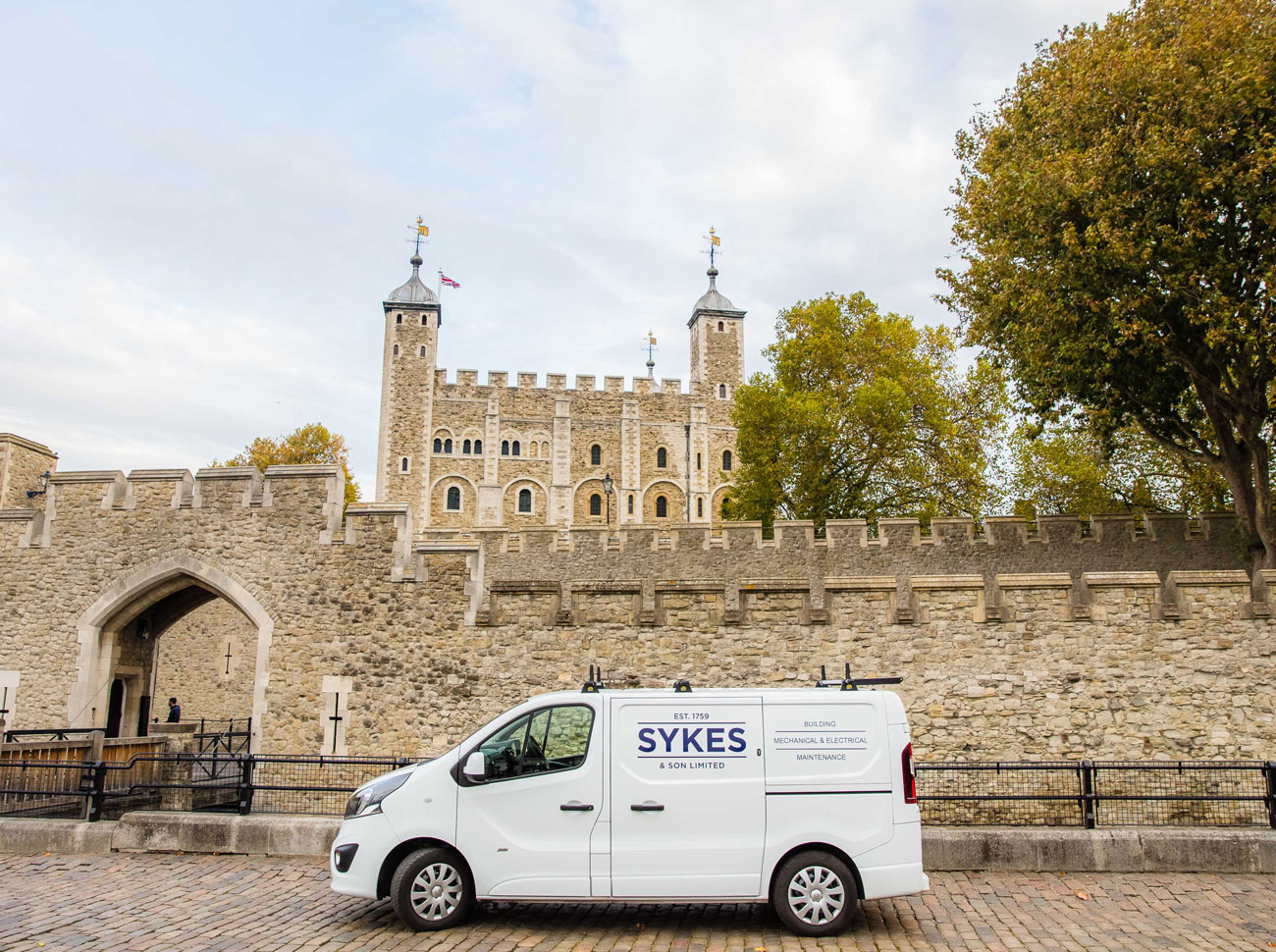 Sykes & Son Limited have a 5-year measured term contract for planned and reactive building fabric maintenance and small works at Her Majesty’s Royal Palace and Fortress of the Tower of London.

The contract also includes the Banqueting House in Whitehall. This contract has been held on a number of occasions previously by Sykes – most recently for a 7-year period up until 2015.

The service includes a site-based manager together with a resident team of operatives covering all general building fabric skills. Other trades are covered on an ad-hoc basis depending on workload including metalworker; scaffolder; decorators; stonemason. These specialist trades are covered either by resources directly employed within the Sykes business or sub-contractors with experience of working at the Tower of London.

Sykes have worked with Historic Royal Palaces on a number of sites including Kensington Palace and Hampton Court Palace. Works have varied from minor maintenance to significant restoration projects.