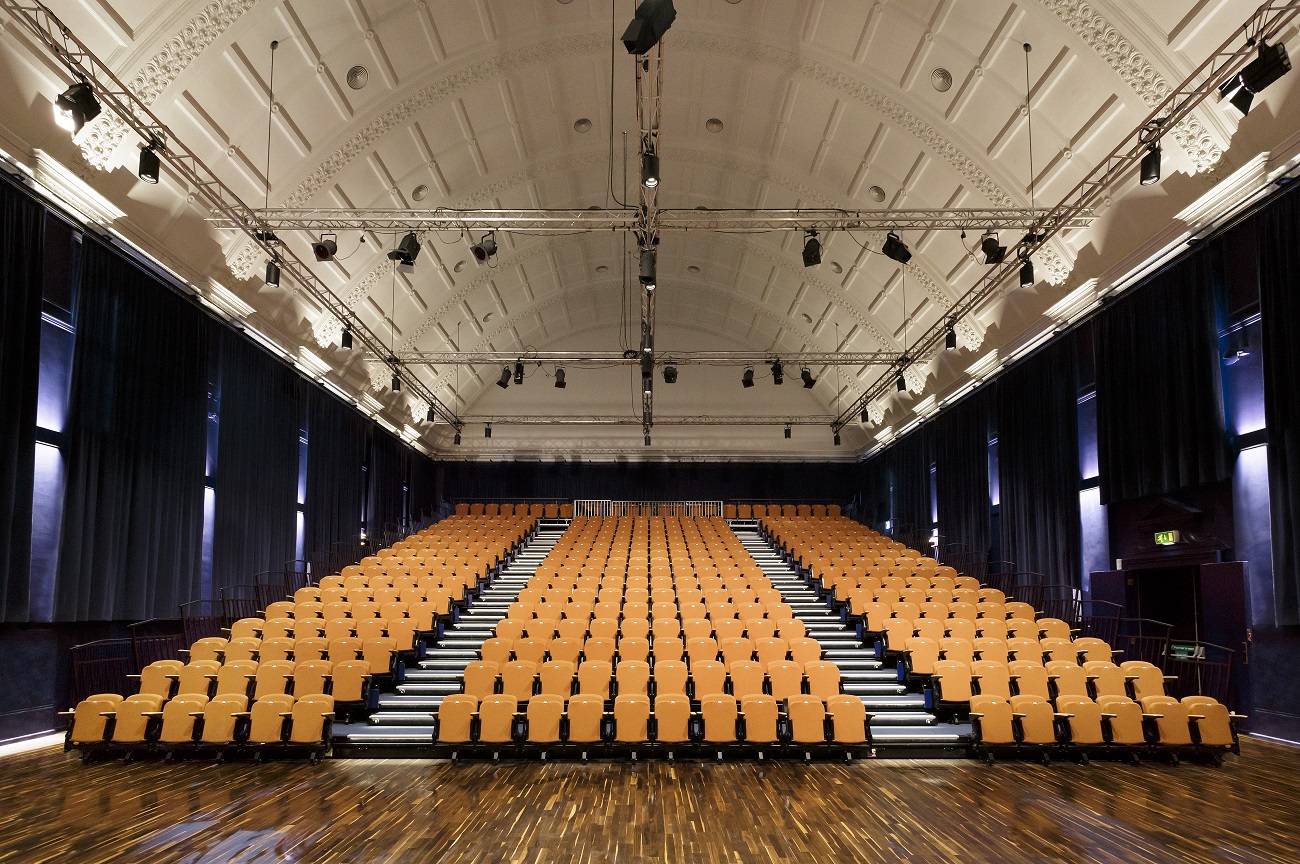 Sykes & Son have completed 2 phases of a refurbishment project to Blackheath Halls, a Grade II listed building on the corner of Blackheath Park and Lee Road

As a wholly owned subsidiary of Trinity Laban Conservatoire of Music & Dance, the Halls serve as the primary performance and rehearsal space for Trinity Laban’s Faculty of Music, presenting operatic, orchestral, jazz and chamber performances from the musical stars of the future.

The Phase 1 project focussed on the wholesale refurbishment of the main roof, including full replacement of the existing coverings.

Completed in late-2018, and led by architects, Woods Bagot, Phase 2 centred on a major facelift of the Great Hall. A levelled and lowered stage, and improved acoustics has greatly opened up possibilities for an even broader range of events, including comedy, theatre and dance.

A new retractable, raked seating system has improved sight lines and audience comfort, and fold back into the hall when not required.

The décor has been modernised, whilst retaining the original barrel-vaulted ceiling and within the constraints of its Grade II listed status. A full birdcage scaffold was erected to provide access for our in-house decorating team to overhaul the colour scheme and complete repair works.

Built in 1895, Blackheath Halls is London’s oldest surviving, purpose-built cultural complex. So, it is an honour for London’s oldest independent building contractor to help ensure that the Halls are fit for purpose for the next generation.