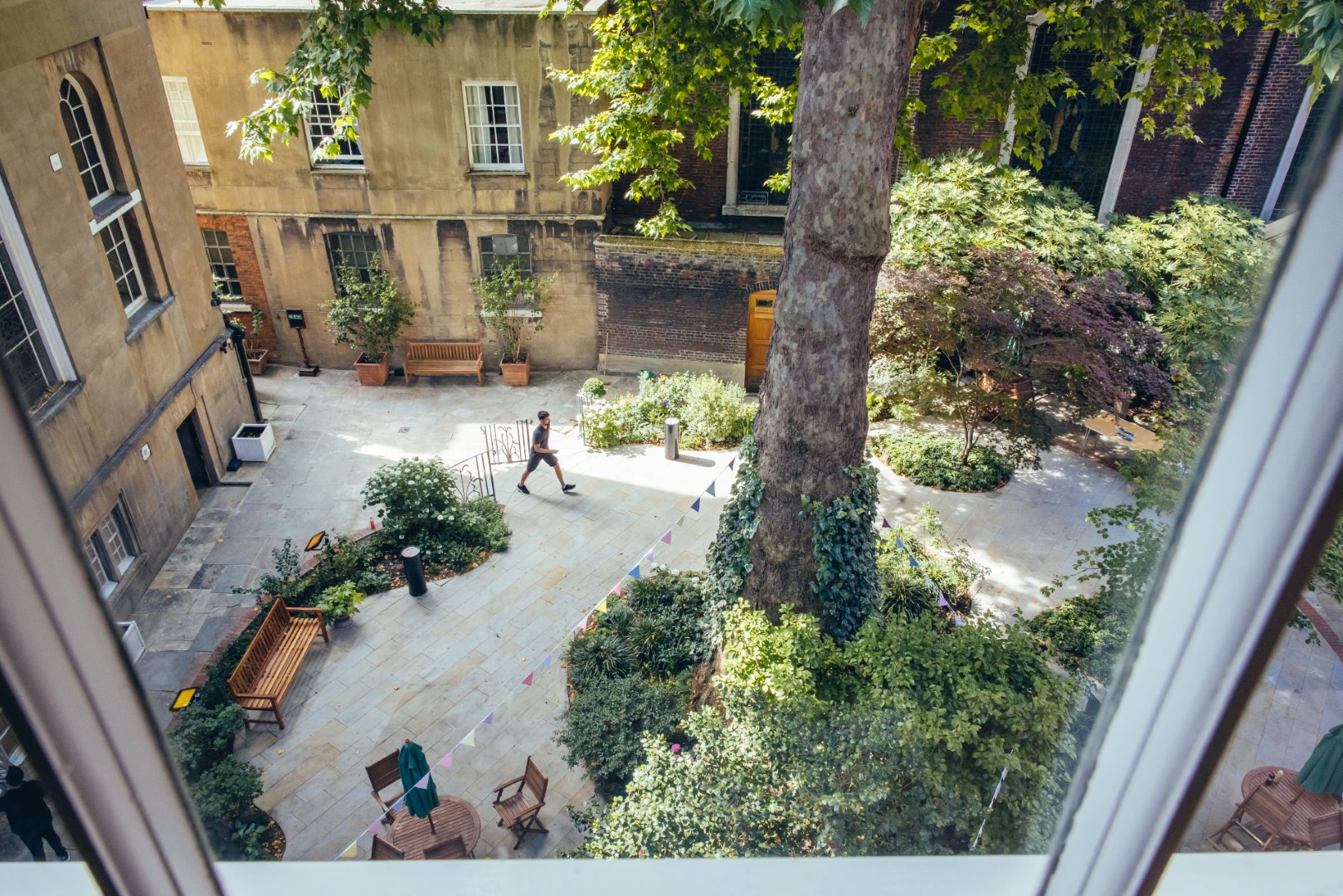 In Summer 2022, Sykes completed this £5m, 18-month, remodelling project at the Grade I listed, Stationers Hall.

The project forms part of a masterplan known as Vision 350, in recognition of the upcoming 350th anniversary of the Hall in 2023.

Completed in 1673 after the Great Fire of London, it is one of the few remaining ancient Livery Halls in the City of London. Today, it is one of the most sought-after venues in the City for corporate events and private functions. However, with multiple rooms over multiple floor levels, no lift, and only one entrance, the Hall was limited to only one event taking place at a time. Additionally, the services were old and inefficient, and the kitchen was not compliant with modern standards.

Peregrine Bryant Architects (PBA) were commissioned to find a way to overcome the accessibility and services issues. PBA designed a lift and stairwell core, which provides a second entrance and allows step-free access to the Livery Hall and other rooms. Together with major services upgrades, the project has brought modern-day facilities to this historic site.

A new suite of third floor meeting rooms, can accommodate meetings and conferences of different sizes. The new air-cooling units, as well as new electrical installation and boilers, have improved the efficiency of the energy output by 80%.

The project faced various unforeseen challenges, not least excavations revealing areas of the old Abergavenny House, that was pre-Great Fire. Where possible, historic materials and features were re-used, including alcoves, doors and flooring.

Stationers Hall was reopened in July 2022 by Alderman Vincent Keaveny, in his capacity as Lord Mayor of London. Robert Flather, Master of the Stationers’ Company said: “With its improved accessibility, flexibility, and sustainability this really is a building for the future.”